Hit enter to search or ESC to close

Byju’s classes train thousands of students at a time, making it the largest in the country. It offers eLearning and tablet learning for students preparing for competitive examinations as well as conducts online math and english trainings for students in secondary school. Byju’s initially had a website built on WordPress and were struggling to scale up. They needed a robust, online platform that can support massive traffic and training consumption on a daily basis.

Codewave was approached to re-architect and rebuild the entire web platform, so the portal is faster, stabler, more secure and more accessible by fast growing traffic.

Codewave was assigned the responsibility of rebuilding Byju’s web platform for scalability. Keeping speed, stability and security in mind, the choice of CMS platform was clearly Drupal. We’ve always recommended Drupal for enterprise level websites and web applications as it is flexible when it comes to API development and offers robust caching features. Here, our goal was to ensure that the portal (of about 150 pages) was architected and built in such a way to serve thousands of students accessing online resources on a daily basis. While architecting the system, we factored in “personalization” with location-aware, context-aware features serving pages relevant for the end user, dynamic news feed, eCommerce, rendering of online courses and enabling tablet learning.

Improved stability and security while serving lakhs of users

Open to start a conversation? Get in touch.

”Codewave applied an agile development method which resulted in a perfectly customized solution keeping the 3 pillars - Scope, Time, Cost in check & achieving a roadmap which goes beyond my expectations.

”Codewave was very dependable and fully committed to the success of the project. Their 'can-do' attitude and excellent communication made our work together a very positive experience

”Codewave was exceptional when it came to project management; transparency throughout the project life cycle helped us stay on track. I appreciated their adherence to timelines and quality of the final product.

”Codewave helped us on one of our web application design projects. I had a great time working with the team. Very professional and consumer grade output and excellent customer support!

”We have worked with Codewave and must say they bring in-depth technology and product thinking to table. Project manager assigned had a good understanding and business sense and that helped us communicate our requirements very clearly. Very responsive, professional and highly ethical.

”Had a really pleasant experience working with Codewave. The team is highly skilled and are extremely supportive. 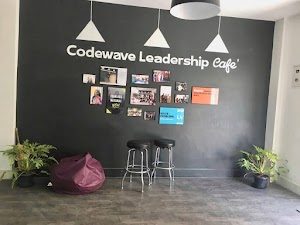 Pruthviraj karur
07:39 12 Jul 17
I have been working at Codewave for about 2 years now. Pros: Open hierarchy. Flexible environment. Flexible timings. Spot Awards (boosts the confidence of the employees) Leadership cafe(you will get to showcase your soft skills and get lot to learn) Good hike cycle. Young leadership team who are very open to new changes. Best thing is you are open to learn new things and implement and you will not be blamed if you fail in it. Cons: No cons

Ayush Jain
04:42 01 Jul 17
I am working at codewave full-time (less than a year) Pros This company believes in quality work not in quantity work, that helps you to motivate yourself for a smart and best solution. Work culture and environment is very different and unique. Good hike cycle. Always get new technology updates. In projects your solutions and any suggestions matters. Cons If you can't work as a team player or you just want to be an employee then this company is not for you.

kaka kaka
04:07 06 Jul 17
We have approached codewave for our mobile app development, the team was quick enough to come back to us with a proposal in just one day. the proposal was much more detailed than any other company we approached. the team we worked with was very efficient and able in terms of technology. with our 20 years experience in the IT industry and our team have worked in various parts of the globe, we can say Codewave is the best in the industry and we highly recommend them.

Dhivya Raghavan
05:17 01 Jul 17
We have worked with Codewave and must say they bring in-depth technology and product thinking to table. Project manager assigned had a good understanding and business sense and that helped us communicate our requirements very clearly. Very responsive, professional and highly ethical.

sandeep repaka
05:37 08 Aug 17
Codewave helped us on one of our web application design projects. I had a great time working with the team. Very professional and consumer grade output and excellent customer support!
See All Reviews